TOPWATER floating action when the feed is hot and heavy. This lure zig zags on the surface with simple rod twitches giving the impression of a fleeing baitfish. Twitch it, walk it, and watch the water explode.

The WALKING series lure floats head up and tail down at rest.  The lure responds with input from the angler to control its side to side surface action. 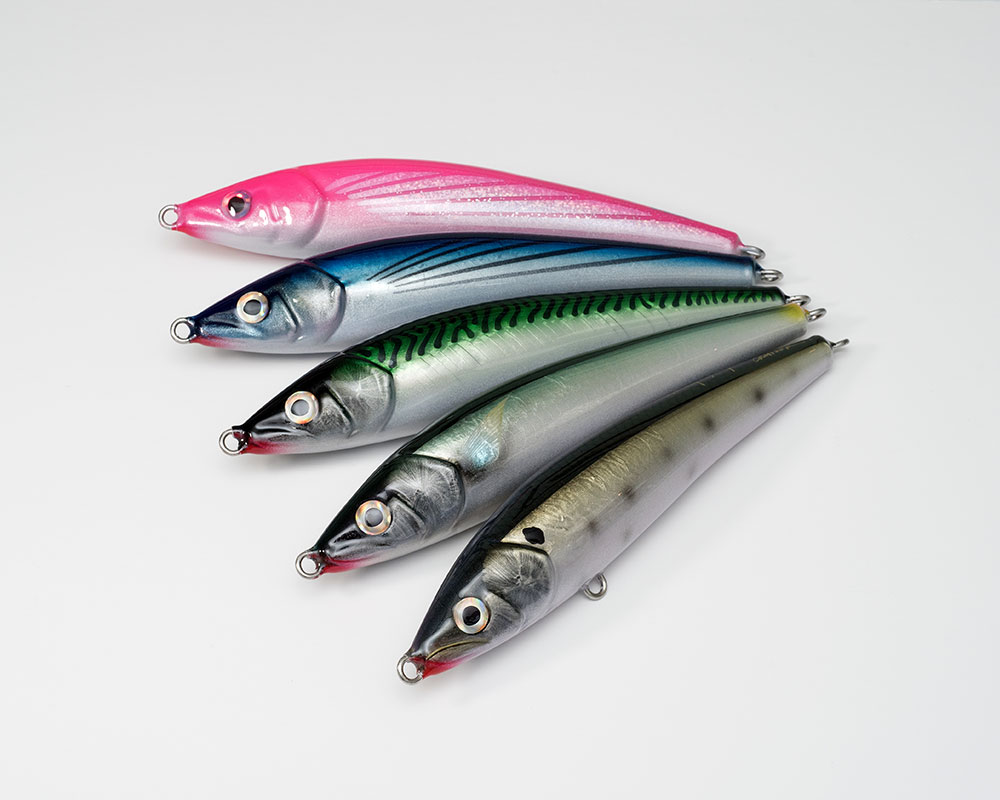 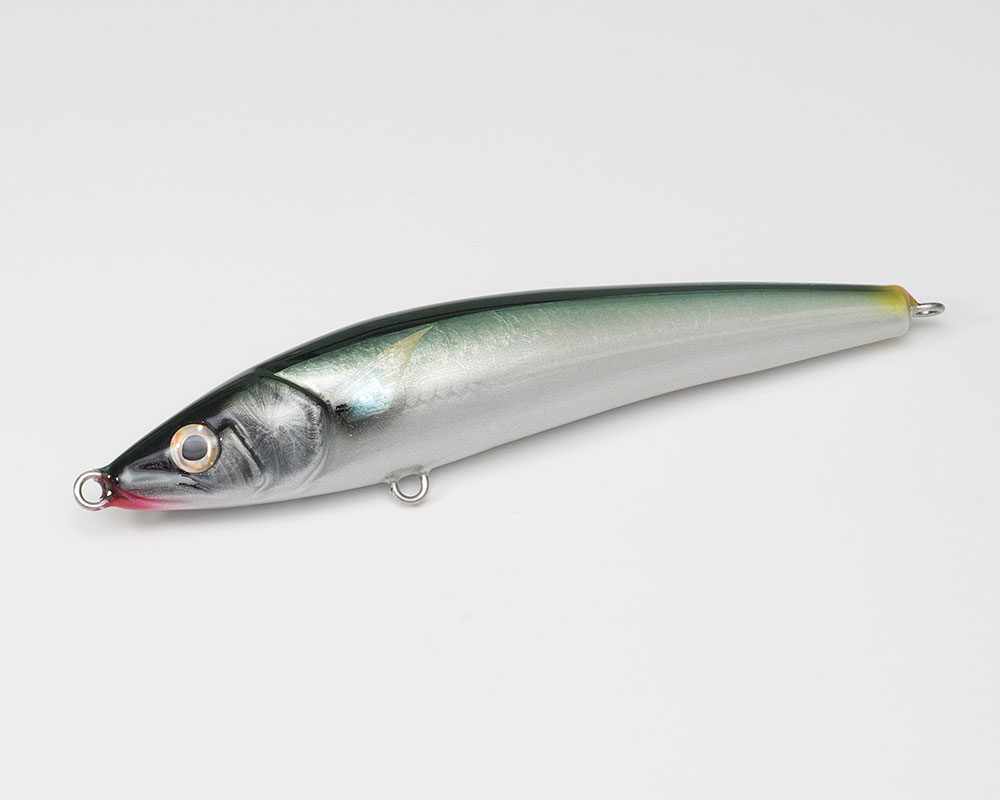 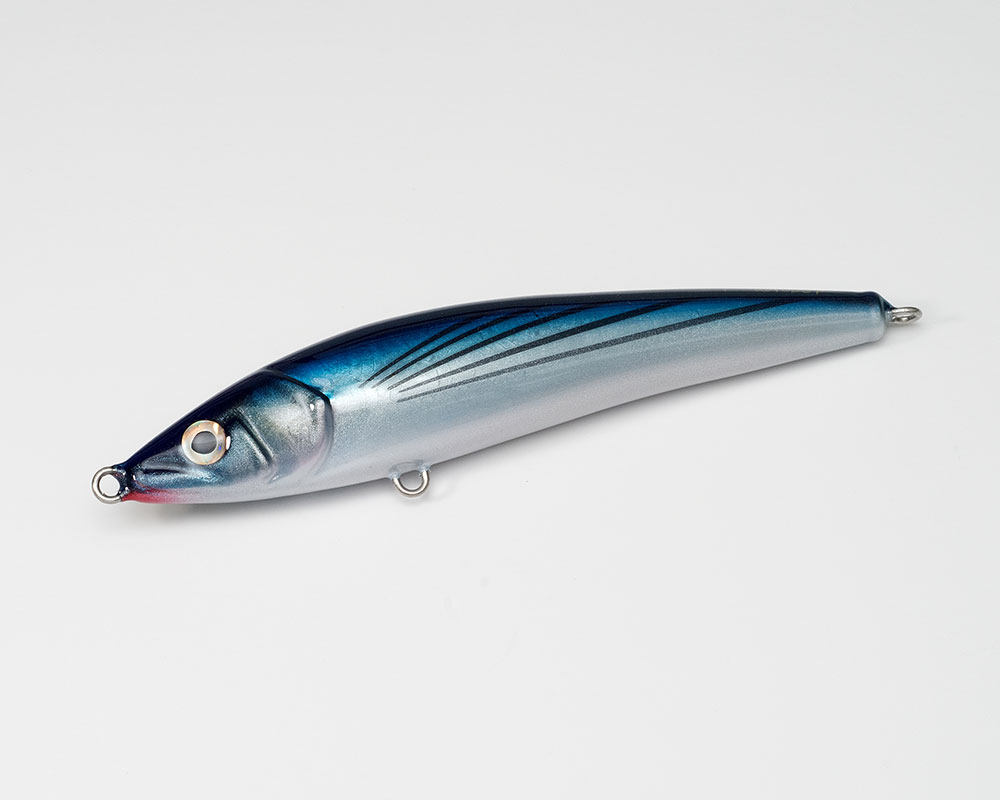 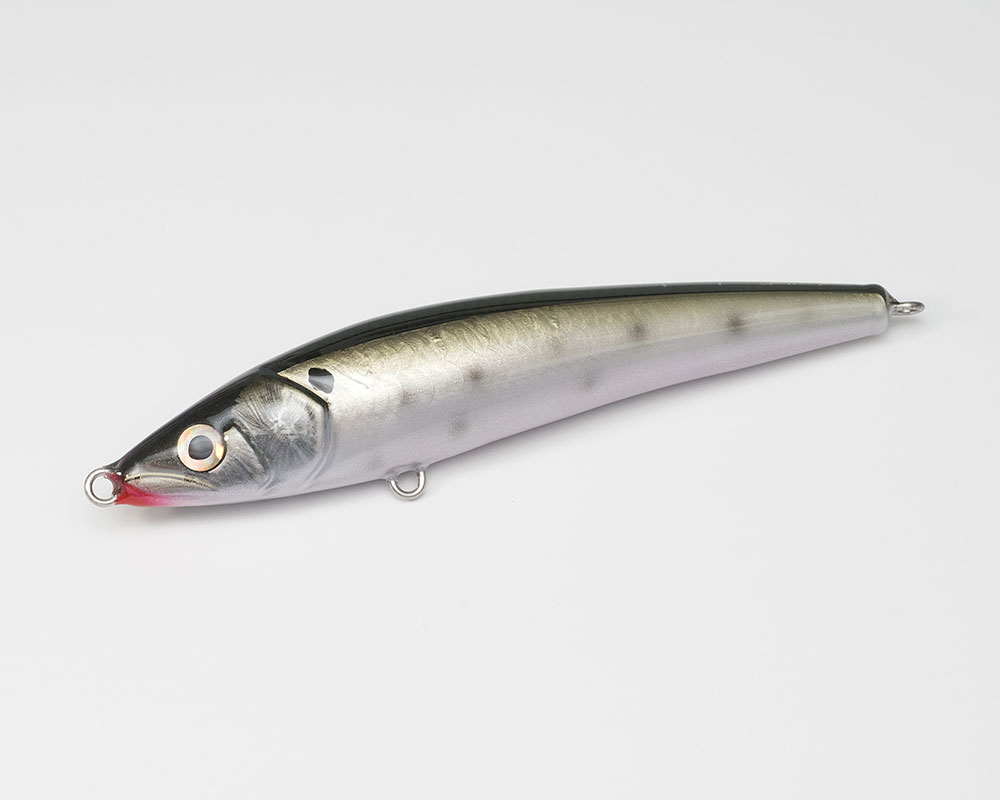 Orientation:
Floating with tail down

Walking the Lure –  The Walking Series lure is the perfect weapon of choice during a mid or topwater feed.  Twitch and work the rod tip with a downward motion.  The lure will respond with a zig zag surface skim while the tail sits in the water.  The splashes generated by the lure triggers a frenzied feeding response resulting in spectacular blowups.  The high pitch “clicks” from the built in rattle chamber entices predators closer adding to the allure of this stickbait.

Sweep and Pause –   Sweep the rod tip all the way from right to left and then pause.  Retrieve the line with a few cranks of the reel while returning to the original position and then repeat.  The sweeping motion makes the lure dive with a trail of bubbles and surfaces head first at rest.  During the dive, the lure will roll under water, exposing its flashy sides and pearl belly.  This visual display triggers the feeding response of the predator so hang on during the pause.  Strikes happen.

Swim and skim –  Keep the rod tip down to swim the lure just under the surface with an erratic left/right/up/down motion.  Varying the retrieve speed will enhance its erratic swimming nature while keeping the rod tip down.

Retrieving the lure with the rod tip up will create a surface skimming action, just like flying fish or ballyhoo breaking the surface.  Pausing the retrieve after skimming will mimic an injured ballyhoo or flying fish that has just landed.

Note: A heavier tail Hook (+4-6 grams) is preferred for the best action especially in heavy current or windy conditions